CBOSSvideoSMS replaces traditional text and voice messaging with more true to life communications where the sender can be seen and heard. Video messages are more suitable to convey real emotions and thus can make communications more effective. For example, you can create a family congratulation video or tell your friends about a purchase while demonstrating it from every angle. 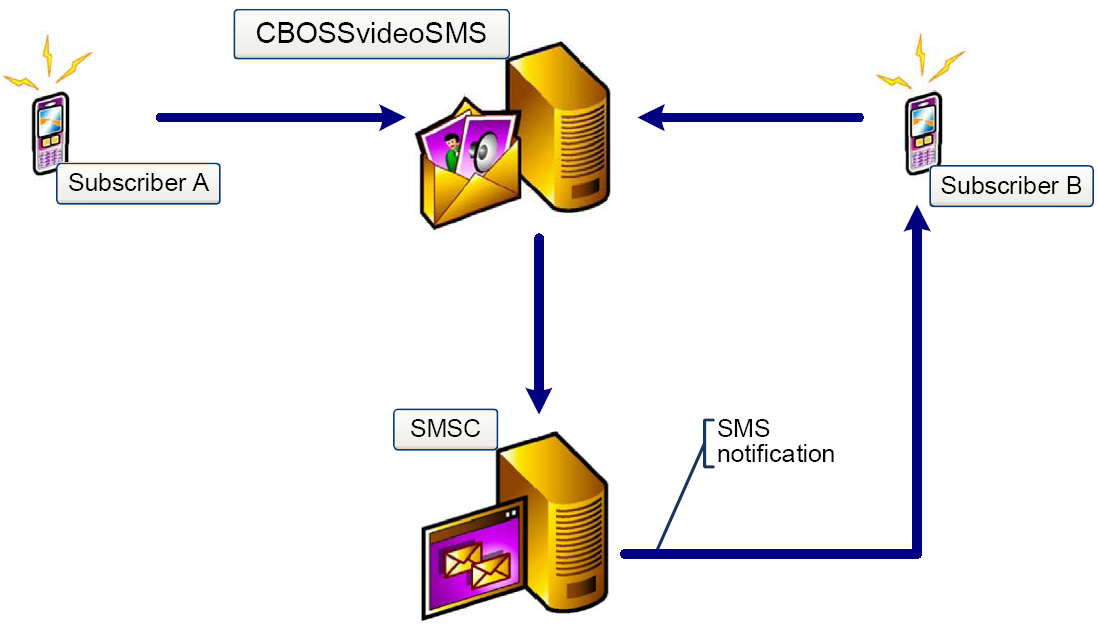 To send video messages, the user just needs a phone with a video call feature. No additional applications are required. Thanks to its usability and effectiveness, CBOSSvideoSMS surely can become an effective means of delivering advertisements, greetings and entertaining messages.

The system sends the called party an SMS with a phone number. To play back the video message, the subscriber should call this number. The direct delivery option is supported as well. When enabled, the user sends a video message and after that the service calls the subscriber and plays back the message.

The subscriber can play back, delete, answer or forward the received video message. The system sends the calling party a delivery report once the subscriber played back the message.

CBOSSvideoSMS easily integrates with other CBOSS’ or third-party video services.